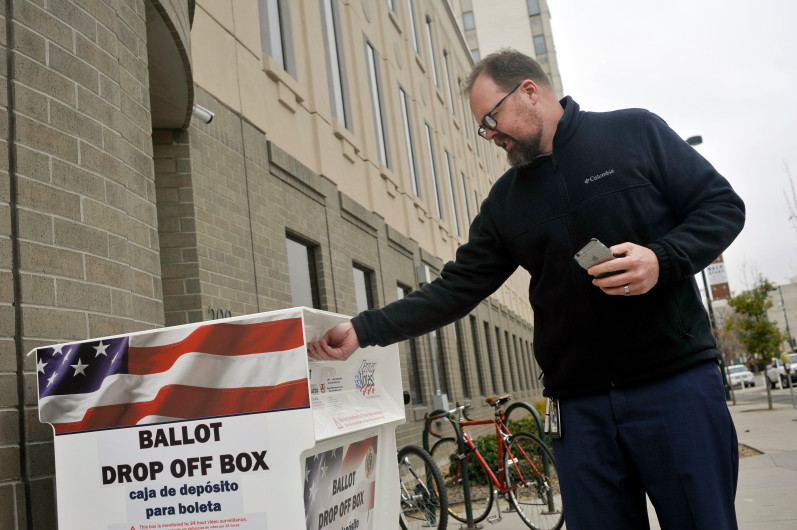 “It’s a huge deal in the election world,” said Lynn Bartels, of the Colorado Secretary of State’s Office.

Colorado is embarking on a first-of-its-kind, statewide election audit that seeks to validate the accuracy of the state’s ballot-counting machines amid national concern about election integrity.

The so-called risk-limiting audit involves a manual recount of a sample of ballots from 56 counties that had elections this year to compare them with how they were interpreted by tabulating machines.

The exercise is drawing observers from Rhode Island, as well as top federal voting-oversight officials.

“It’s a huge deal in the election world,” said Lynn Bartels, spokeswoman for the Colorado Secretary of State’s Office, which is implementing the audit.

Colorado’s audit is the first in the U.S., and is the result of a bill passed by state lawmakers in 2009. The first audit was supposed to happen in 2014, but getting the right technology in place and training completed took until last week’s elections.

“It just took awhile to get the technology and process that we needed,” said Hilary Rudy, deputy elections director in the Secretary of State’s Office. “It’s a huge change. It’s incredibly cool from an election geek perspective.”

State elections officials used to rescan ballots to ensure tabulating machines were working, but now they are using a complex statistical process to double-check that the machines interpreted ballots (chosen at random through a die-roll system) as a human would have.

The audit could be completed as early as Tuesday.

“Risk-limiting audits are math- and data-intensive,” said Dwight Shellman, manager of county and regulation support for the Secretary of State’s elections division.

That’s why it’s taken more than a year for state elections officials to train each of Colorado’s 64 county clerk and recorders.

Secretary of State Wayne Williams said he hopes the audit will provide assurances to Colorado voters that their ballots are being counted as they should with questions about election integrity swirling.

“We couldn’t have done this without the counties and their support and their efforts,” he said Wednesday.

Risk-limiting audits will take place from now on after every election in Colorado, like the June primaries for governor, attorney general and other races.

Some 1.2 million ballots were cast during the fall election cycle that ended last week. All but six of the state’s 64 counties had contests.