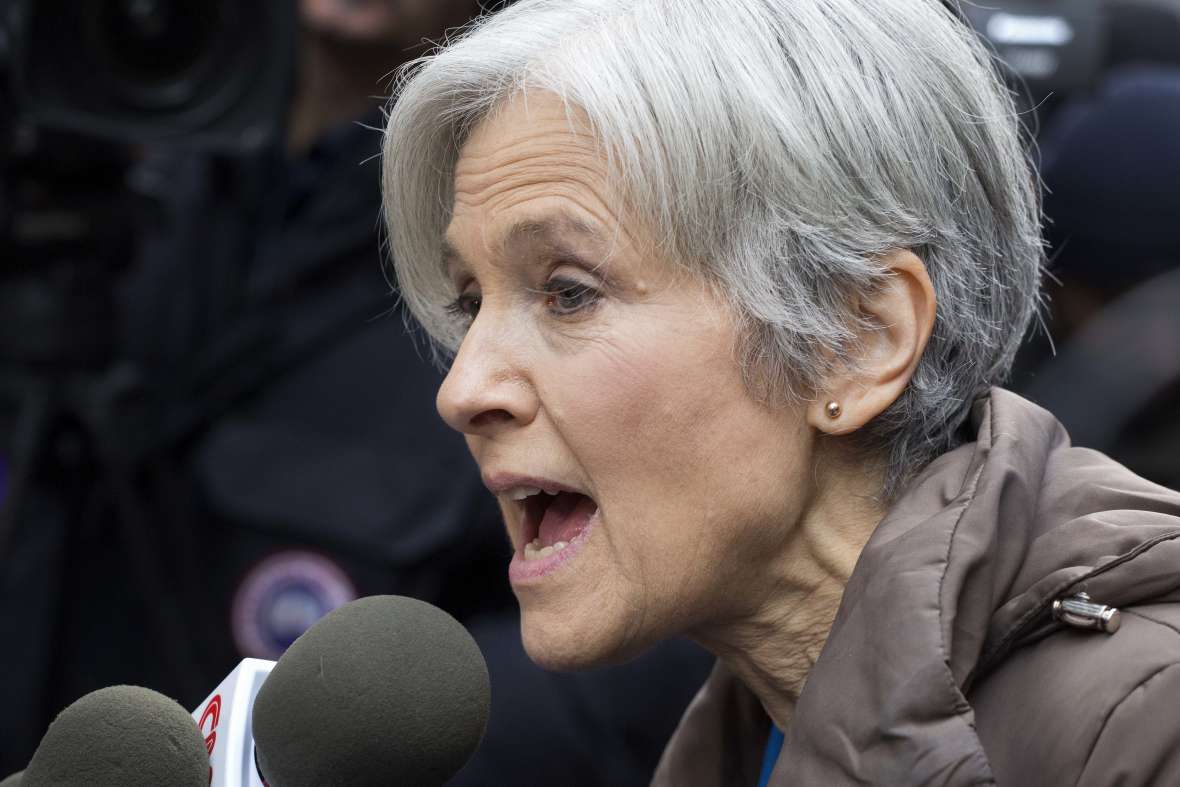 On a call with reporters, Stein decried the use of machines in Wisconsin’s recount, which ended Monday, as well as the cost of the re-tallying.

Stein expressed concern that Milwaukee County, in particular, used machines in its recount.

"This was essentially a recount that looked everywhere except in the areas of greatest risk," Stein said. "I think there’s enormous evidence that when you’re looking for the bank robber, you’ve got to look around the bank and I think unfortunately that’s what was avoided in the Wisconsin recount."

Stein requested a hand recount in all of Wisconsin’s 72 counties, but was denied by the state Elections Commission and a subsequent court decision. State law empowers county elections officials to choose whether to use machines as they conduct their recount.

"We are not satisfied with the recount in Wisconsin," said Jonathan Abady, lead counsel for the Stein recount effort. "We’re not satisfied because the review was not thorough and complete … the most accurate method for checking the accuracy of the vote involves hand counting where there’s paper balloting."

According to information provided by the state Elections Commission just before the recount began, 47 counties in Wisconsin planned to conduct their recount entirely by hand, 13 to use a combination of optical scanners and hand count, and 12 to use only optical scanners.

"We got something, but it wasn’t complete," Abady said.

"The right to vote and the right to a verified vote is not something that ordinary people should go out and hold a bake sale on steroids and raise millions of dollars in order to have our vote verified," she said.

The Stein campaign paid the $3.5 million to the state to initiate the recount. Original, unofficial cost estimates were around $1 million.

The Stein campaign announced Tuesday it was ending its recount fundraising campaign, which it reported raised $7.33 million from nearly 161,300 donors. The campaign intends to have a surplus of funds when recount balances are settled in Wisconsin and two other states where they sought recounts, Michigan and Pennsylvania.

The campaign said it will allow donors to vote which nonpartisan election reform or voting rights organization receives the extra money.