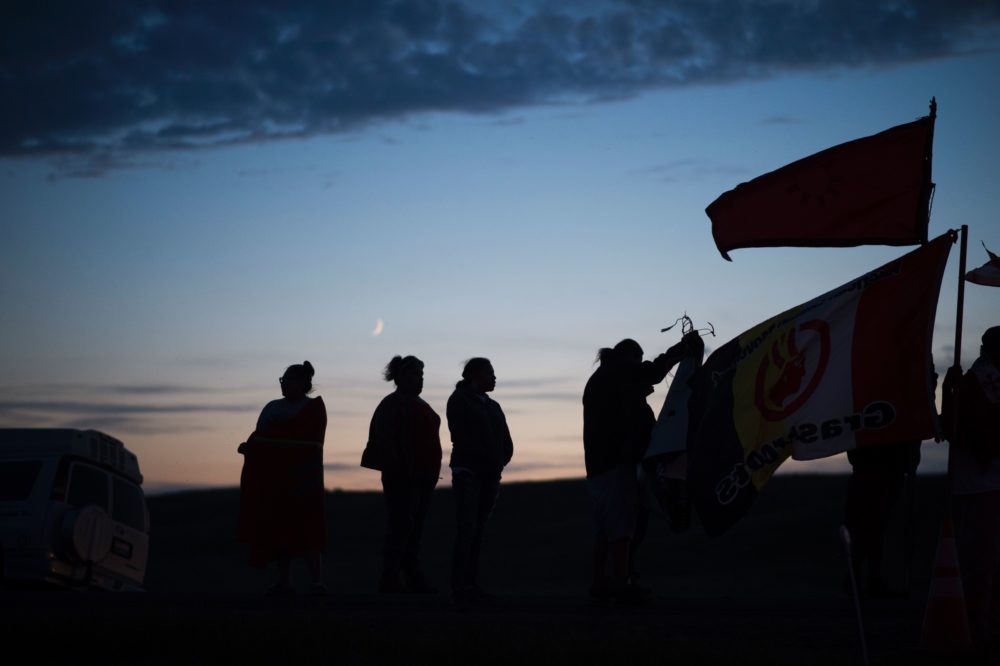 The Supreme Court declined this month to overturn a North Dakota law that requires voters to present an ID listing their residential address at the polls.

The decision could have a negative impact on tens of thousands of rural voters — many of them Native Americans who live on one of the states five reservations, where residents are not required to have a street address.

Native Americans have long faced unique challenges relating to voter suppression. They were the last to gain suffrage in 1924 and couldn't vote in states like Arizona, New Mexico and Utah until 1948.

"If Native people are constantly being turned away at the polls and having this many problems, it actually [discourages] people from voting further," Danielle Ta'sheena Finn, external affairs director for the Standing Rock Sioux Tribe (@StandingRockST) and a citizen of the tribe, tells Here & Now's Jeremy Hobson. "My grandma has been turned away at the polls with her passport in 2014, and she felt like, 'Why is it worth going back?' "

"On the reservation, we're a very spread-out community. And due to that, most of the community members here, hundreds if not thousands of people on Standing Rock, use P.O. box addresses and go to the post office to get their mail and count that as their address. So what we're facing here, and what I believe is the voter suppression, is that many people now have to get new IDs with an actual physical residential address."

"We have to make sure that everyone has identification with their new residential address. So that entails either getting them a new ID card that's issued by the tribal government here, or we have to provide them supplemental material — whether that's a letter from the tribal agency or a utility bill — if they're going to use their old ID. And also making sure people do know their residential address. Because again, like I said, here on the reservation, house numbers are not very common."

"I think that's comical because you have people now making up their own addresses, because they do not feel like they should go to the sheriff, who is also our 911 coordinator and the only person in Sioux County who can issue an address. So they're making up their own addresses right now, which is voter fraud. They just created a problem, basically."

On Native people's relationship to the American electoral process

"We've faced voting problems all over the United States. In South Dakota they've had many litigations about voter disenfranchisement and in Montana there were cases of voter suppression among Native people."